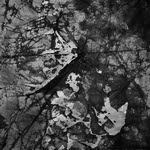 Includes :
- a card with quote 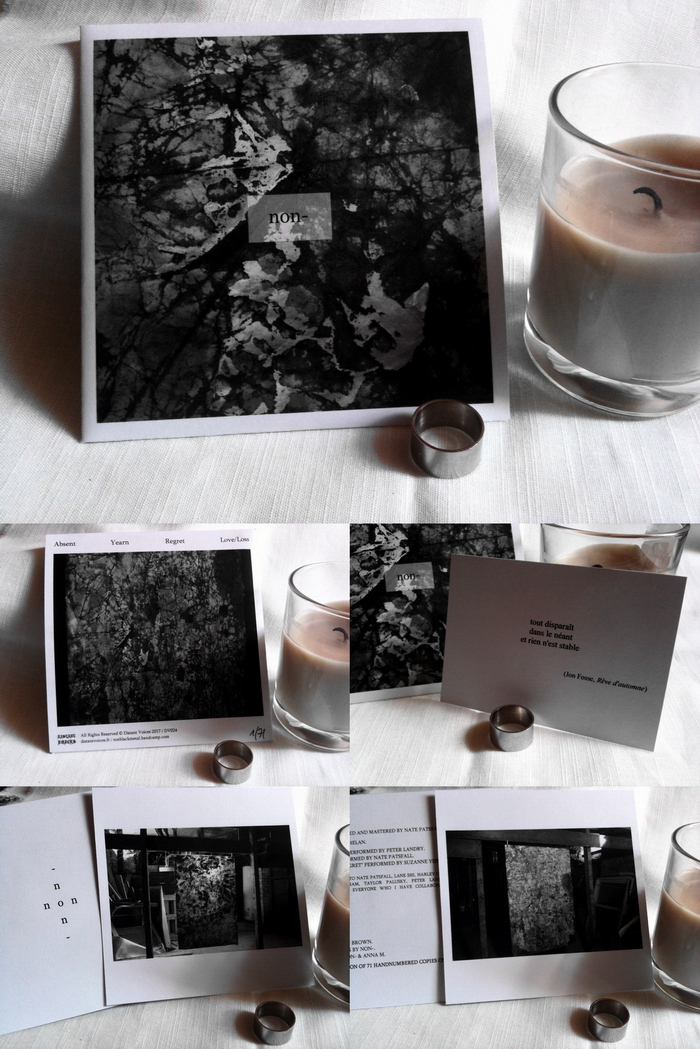 Non-’s track titles talk of the past and mistakes made. Things that cannot be undone. And, indeed, this is echoed in the various contemplative moments on this self-titled record. Guitars saturated in longing and grief divide up break-neck blast beats. Boston’s Jack Whelan has an ear for the grand and epic, particularly when it comes to vocal performances. On Absent, the terrifying wailing often associated with The Body is brought to mind. There is also something of Envy’s Tetsuya Fukagawa in Whelan’s delivery. Yearn sees pining vocals vibrating against manipulated synthesisers whilst a thunderous beat coolly tattoos along.
Regret then ratchets up the suspense even further. Soaring guitars provide an airy relief against bludgeoning Black Metal rhythms. There is a cataclysmic impetuosity to the sorrowful burning. This only calms with the arrival of Suzanne Yeremyan, towards the end of the track, providing a soothing juxtaposition to the carnage which came before.
The apex of this record, however, comes with the final track – Love/Loss. Slightly cut down from the 13 minute version which originally appeared on their demo back in 2015, this track is still weighty at 10 minutes long. As you may expect, it shifts through a number of emotionally heavy movements. Living up to its title, the punchy kick drum punctuates Whelan’s ascendant guitars and rasps of hopelessness. We feel like mere passengers aboard a doomed flight, plummeting towards a craggy earth. The pilot determined to hit top speed before sinking his steed and all aboard it into the dirt. Our eulogies then wrung out by acoustic strumming and wordless chants.